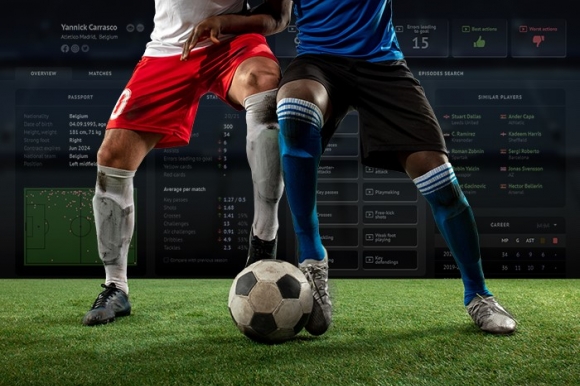 INFORMATION ABOUT OVER 960,000 FOOTBALL PlayerS WORLDWIDE

InStat is a world leader in the analysis of sports achievements and cooperates with more than 2,000 professional sports organizations, including football clubs such as (Bayern Munich, Lazio, Manchester City, PSG, champions in La Liga and many others), French, Dutch, Brazilian national teams and media. This list includes the winners of the Champions League and the winners of the World Cup.

We analyze over 2,000 matches per week. InStat specialists register every action: goals, passes, won single combats, attacking passes, participation in attacks to score a goal dribble, etc. A special algorithm calculates all actions and creates the InStat Index. All numbers are interactive - with one click you can watch a video or create a playlist. Statistics, video, individual reports and profiles help players evaluate their own performance objectively. They can analyze the episodes in which they participated and take steps to improve their game.

Many players have improved their skills after starting to use InStat. This is a useful tool that helps to take the player's performance to a new level. For example, Antoine Griezmann has become a top player in the French national team, as well as a world football star. Artem Dzyuba was one of the breakthrough stars of the 2018 FIFA World Cup, the best in winning air single combat.
InStat is a partner for the fourth season of the Association of Bulgarian Footballers in the ranking "Best Footballer of the Season" and "Best Footballer of the Month" according to the statistics from the InStat Index.